Robbie recently held a joint exhibition of work with painter Jo Ashby at the Community Hall Sherkin Island.
The show “From Hedgerows to Horizons” ran from July 13th to July 21st 2021.

Robbie Murphy lives and works on Sherkin Island, where he makes his living farming oysters.
He moved to the island with his family when he was 10 months old so Sherkin has been a very big influence on him his entire life.

He took up his first camera when he was a teenager while on a school trip to Europe and from then he was hooked.

What inspires him as a photographer is the challenge to capture what he sees in nature.

Solo and group exhibitions have included:

Robbie has a number of mounted prints (for 16x12 inch and 10x10 inch frames) along with some greeting cards available for sale in the "Island Crafts" shop on Baltimore pier. 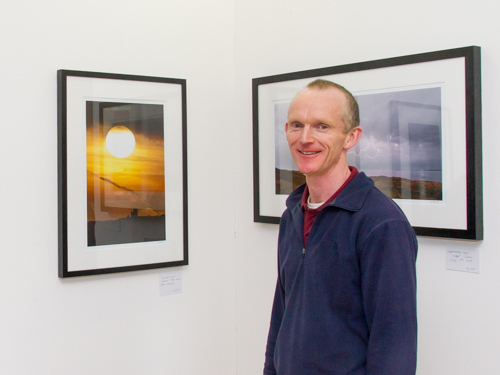